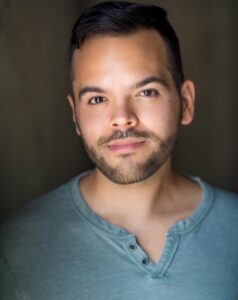 Omar Mulero is a tenor based out of Orlando, Florida. In demand both in the world of opera and musical theater, Omar has been seen in performances across the United States. Previous credits include Padre (Man of La Mancha), Orson Wells (Orson Rehearsed), and Carl (The Finishing School). He has also performed scenes as Tamino (Die Zauberflöte), Nadir (Les pêcheurs de perles), and Roméo (Roméo et Juliette). In addition to his operatic roles, Omar has been seen as Jack (Into the Woods), Mr.Bazzard (The Mystery of Edwin Drood), and Zebulun (Joseph and the Amazing Technicolor Dreamcoat)

I can’t think of any other point in my singing career that I have ever felt more confident, comfortable, and happy with the way I sound. I’ve always loved pop/rock music, but coming from a classical background, I never thought I’d see the day where I was singing a Bon Jovi song! Rebecca helped me to take my understanding of classical technique and make changes that have allowed me to rock out to the heavens and also maintain a healthy sustainable technique. Each technique informs the other and now singing classical repertoire feels much more natural and switching between classical and pop/rock is a breeze.