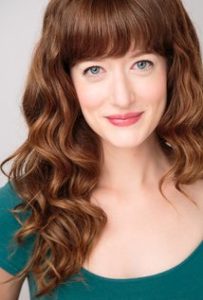 Victoria is a versatile Los Angeles-based actor, singer, and musician who has been seen in shows for HBO, IFC, DC Comics, AMC and others. You may have seen her in WandaVision, American Crime Story, Doom Patrol, Brockmire, or Chicago Fire. Victoria created and starred in an award-winning short comedy Alien Baby, and recently released her debut solo album 'Lo-fi Love Songs'. During her time in Chicago, Victoria was featured as a “hot new face of Chicago Theater” (Chicago Tribune 2011) and was nominated twice for a Jeff award.

As an actress who has studied and worked mainly in straight theater, Rebecca has been an invaluable asset as I make my way into the professional musical theater world. As soon as I started studying with her, I began to book singing work regularly and have gained confidence in musical theater auditions. From our very first lesson, she was able to communicate some clear issues that had been mysteriously plaguing me for years.”